Stop Fearing The Healthy Carbs are Here: 9 Things to Know

By The ChiroThin Team October 10, 2019 Food for thought 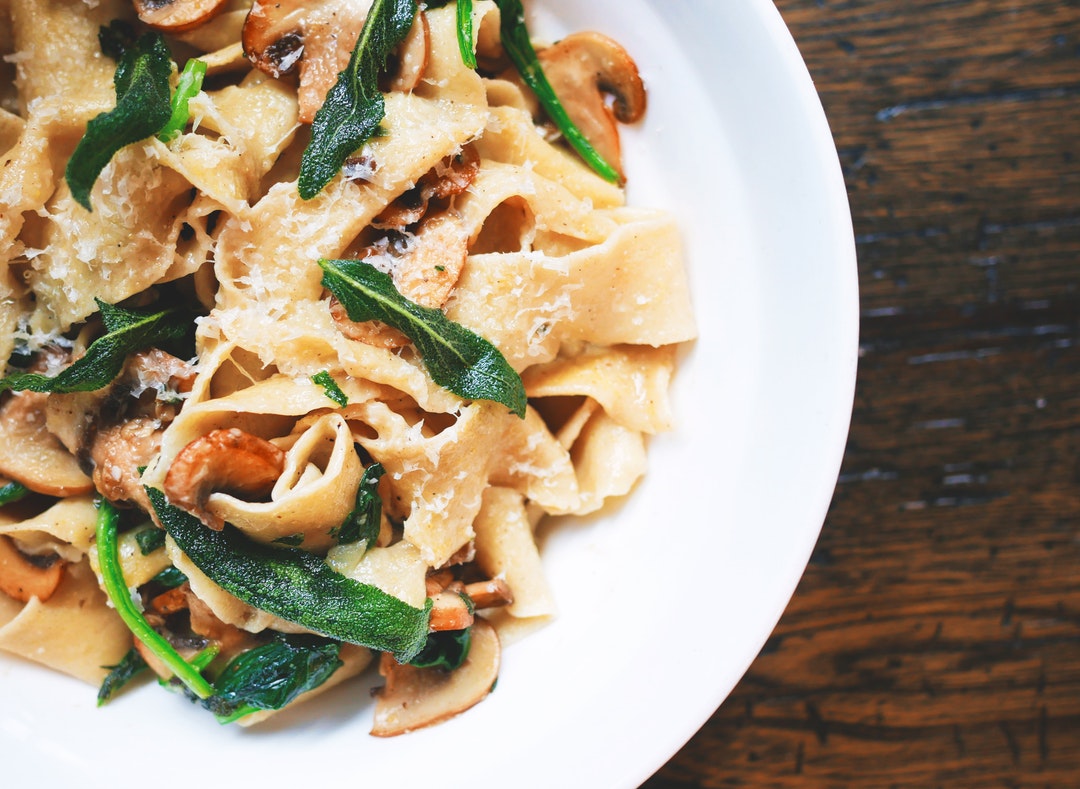 Carbohydrates should make up about 45-60% of your diet, but many people don’t eat them because they think carbs are bad for them.

At one point or another, you’ve probably heard that carbs are bad for you and that if you’re trying to eat healthily, you probably shouldn’t eat them.

Not all carbs are bad. You’ll want to check out these 9 reasons why you should consume these healthy carbs.

If you’re trying a new diet or trying to lose weight, you’ve probably heard at least one person tell you to stay away from carbs.

While some scientists used to think that carbs were the main cause of obesity, studies have proved that this isn’t true. No one can find a definitive link between the two. If you’re gaining weight from eating carbs, you’re probably making carbs a significant portion of your diet and eating the wrong ones.

There have been studies that showed diets that are low in carbs are great for losing weight over the short term, but not long term.

But this may just be attributed to the fact that many people eat their carbs from sugars, rather than healthy carbs.

Carbs are not necessarily bad for you, but there are healthier carbs you can choose that are full of protein and fiber rather than processed sugar. You can get these healthy carbs from fruits and vegetables.

2. Carbs Have a Long History

People have been eating carbs since the beginning of time, so you should too.

There is historical evidence that shows that foods like vegetables, roots, and grains were cooked and eaten by our ancestors. The evidence that proves this is in their DNA. Research has shown that over time, humans started developing a gene that was used for processing the carbs.

This research shows that this gene is present even before humans started farming.

3. Fiber is a Carbohydrate

You’ve heard that fiber is good for you, right?

Well, fiber is a type of carbohydrate. Nutrition and dieting can be a difficult science to get a grasp on, but most people agree that fiber is good for you.

While your body can’t digest it, fiber is important for having a good digestive system. It also helps regulate the body’s sugar and regulates your appetite. Because it isn’t digested very easily or at all, fiber can actually better your health and help you lose weight.

You can find this fiber in foods that are high in carbs, like fruits, legumes, and oats.

4. Your Intestines Need Carbs for Energy

If you cut out carbs from your diet, you will also be cutting out a lot of your energy.

Your digestive system needs these carbs to help digest your food. The bacteria in your intestines feed off these carbohydrates for energy, and if they don’t get it, they won’t be able to break down the food.

Eating soluble fiber will help with this, and you can find them in legumes and oats.

Some athletes don’t eat carbs because they think this will hurt their performance, but this isn’t true.

For all four different sprints, the athletes who were on the high carb diet outran the others.

One reason a high carb diet may be more beneficial is that carbohydrates provide a source of energy for you. And how are you going to work out if you don’t have the energy to perform?

As we said above, carbs won’t make you fat if you eat the right kinds of carbs. Rarely is there one set of nutrients that you can point the finger at and say that is solely the cause of weight gain.

If we go back to look at our ancestors who had diets in carbs and weren’t overweight, we can’t say that carbs are the reason for our weight gain.

If you eat healthy carbs instead of sugary, refined carbs, you should be able to lose weight and feel healthier. The sugars and fats are what makes us gain weight.

7. Legumes are High in Carbs

You may not realize it, but legumes are a great source of good carbs. You can get these from beans, peanuts, lentils, chickpeas, and peas.

Because there are many anti-carb diets out there, most people cut these from their diet. But you should add them in because they have so much nutritional value. They are one of the few foods that are high in protein, vitamins, minerals, and fiber.

Studies have been done on people who’ve lived the longest, and scientists have discovered that a lot of them eat a diet that is high in good carbs.

One study looked at the people who lived in Japan who were over 100 years old. They found that their diet was 69% sweet potatoes, and they also ate a lot of legumes.

The same is found in other regions around the world.

If you want to live longer, you may want to start eating your good carbs.

Why would you want to cut carbs out of your diet when they just taste so good and can be healthy for us?

Our body craves them because it gives us energy. If we don’t give our bodies this energy, then we’re more likely to binge on sweets or fats. Keep these cravings away by eating healthy carbs instead.

Incorporate These Healthy Carbs Into Your Diet Today

There are bad carbs, and there are healthy carbs.

If you’re trying to lose weight, don’t cut them completely out of your diet, but instead try to focus on the healthy ones.

Losing weight can be a difficult thing to do, but we’re here to help you. Check out our program to see how you can reach your weight goals.